Prayer Cards are powerful tools that serve as the light side’s counteracting force against the Darkness Deck in the spiritual warfare waged in Deliverance. These cards give you unique and powerful options during the game, and can even serve as a surprise twist in your favor during battle. Prayer Cards are not automatically drawn each turn, however. In order to draw one of these, you must use a Prayer action (one of 5 possible actions during your turn). There are currently over 100 Prayer Cards developed and tested. The text, flavor text, and names are subject to change as we approach Kickstarter in June, but they are prototype-ready with finished art!

Prayer actions do several things. In addition to drawing a card, you gain 1 Courage, which is used to fuel your character’s unique and powerful skills. Lastly, a prayer action can… As you can imagine, prayer is as powerful in Deliverance as it is in real life. As an angelic warrior, you will not survive without making use of this tool.

Prayer Cards have a wide array of offensive and defensive uses, but depending on the type of card, there are rules for when and how…

Some cards can be used at any time during the game, regardless of whose turn it is or what happens to be going on at that moment. At any time, you can interrupt the action and alter the flow of events with a powerful Prayer Card.

Peace Among Men is an excellent card to have when you are getting overrun due to Strongholds. You may elect to use it and go damage-crazy for a few rounds without the powerful impact of the Darkness Deck on you. And in some cases, one turn without having to worry about Strongholds might be the difference between victory and defeat!

Cards that say “Requires 1 Action” can only be played during your turn, and as the text suggests, uses one of your two available actions for the turn. These cards may be offensive or defensive in nature, and often can be extremely effective in the right situation.

Mighty Throw is an offensive card that is perfectly devastating in the hands of a strength-wielding hero. Many strength-based heroes rely on close range to be effective in battle, so a card like this is a great complement to heroes like Michael, the Archangel or Sardius, the Stonebreaker. If your strength value is 5, this one card has the potential to deal 25 damage to the forces of Darkness in a single action. Wow!

When you use a Prayer Action and see a card that says Play Immediately, do exactly that. These cards offer surprising twists that may result in small bonuses or game-changing effects during a battle.

Chaos is a card that allows you to not only deal some damage to a demon, but to move them 2 spaces in any direction afterward. This might afford you the opportunity to put a demon that is keeping you at range into the path of your sword, or potentially in the range of one of your allies that excels in close-quarters combat. A surprising twist indeed!

What Do Prayer Cards Represent?

Prayer Cards are symbolic of the goodness in the world. Humans might be faulty, but acts of kindness, love, compassion, honesty, and faith among people have an effect on the spiritual realm! Try to include one extra random act of kindness in your day today, and know that such a simple thing has a dramatic effect on the human heart and behind the spiritual veil! If you have any questions about Prayer Cards or other aspects of Deliverance, I am happy to answer them in the Deliverance Facebook group. 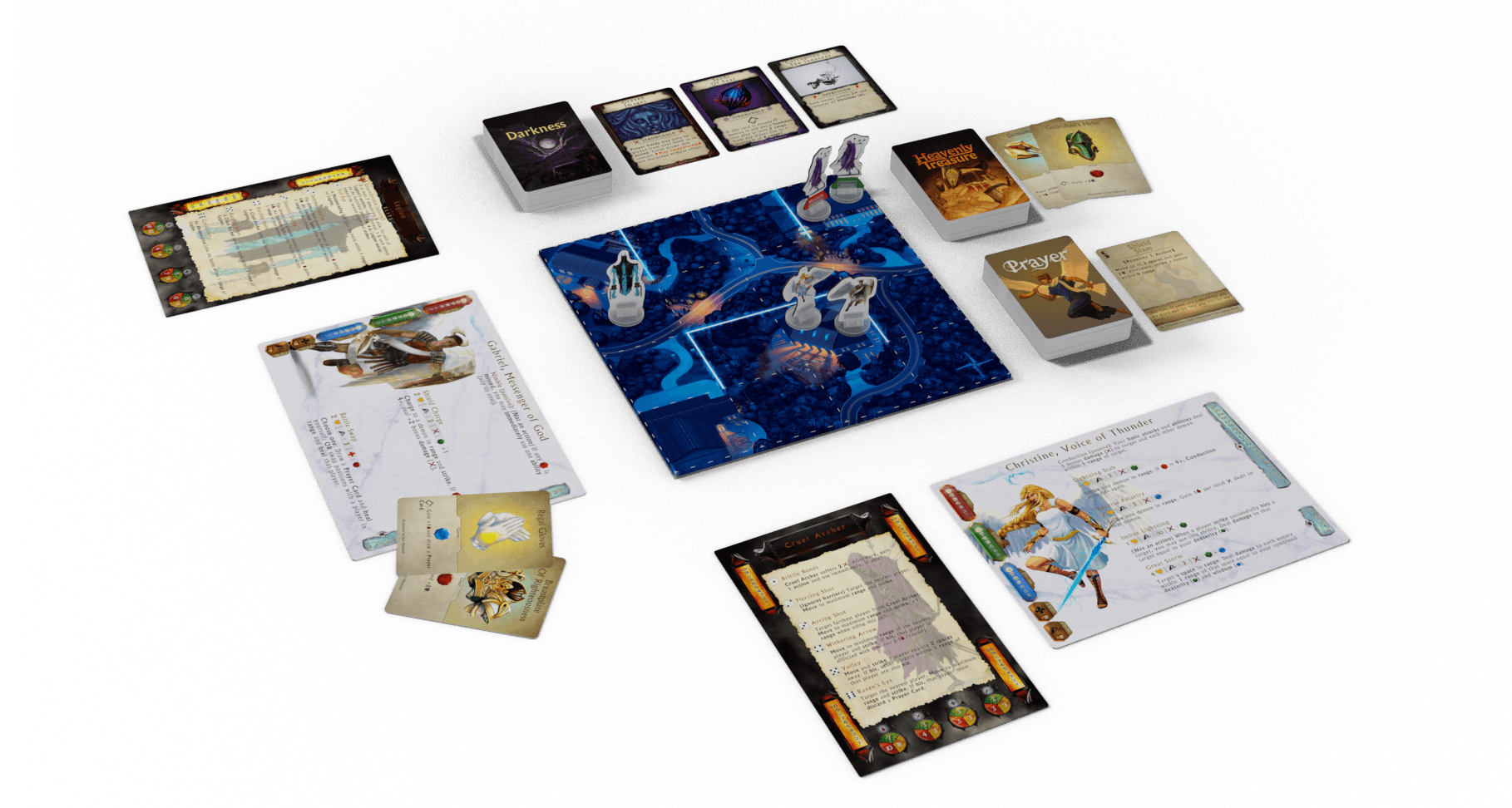 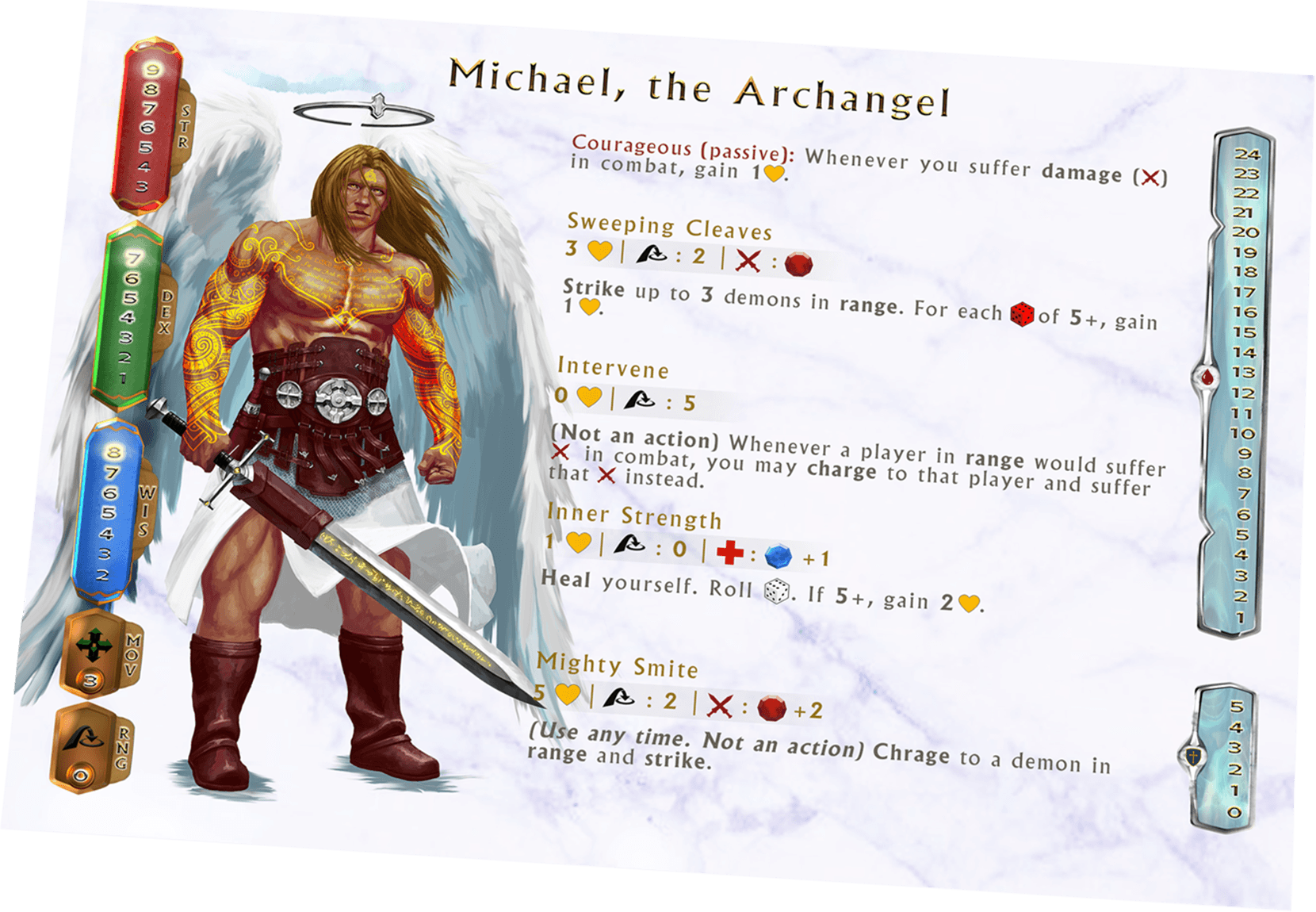 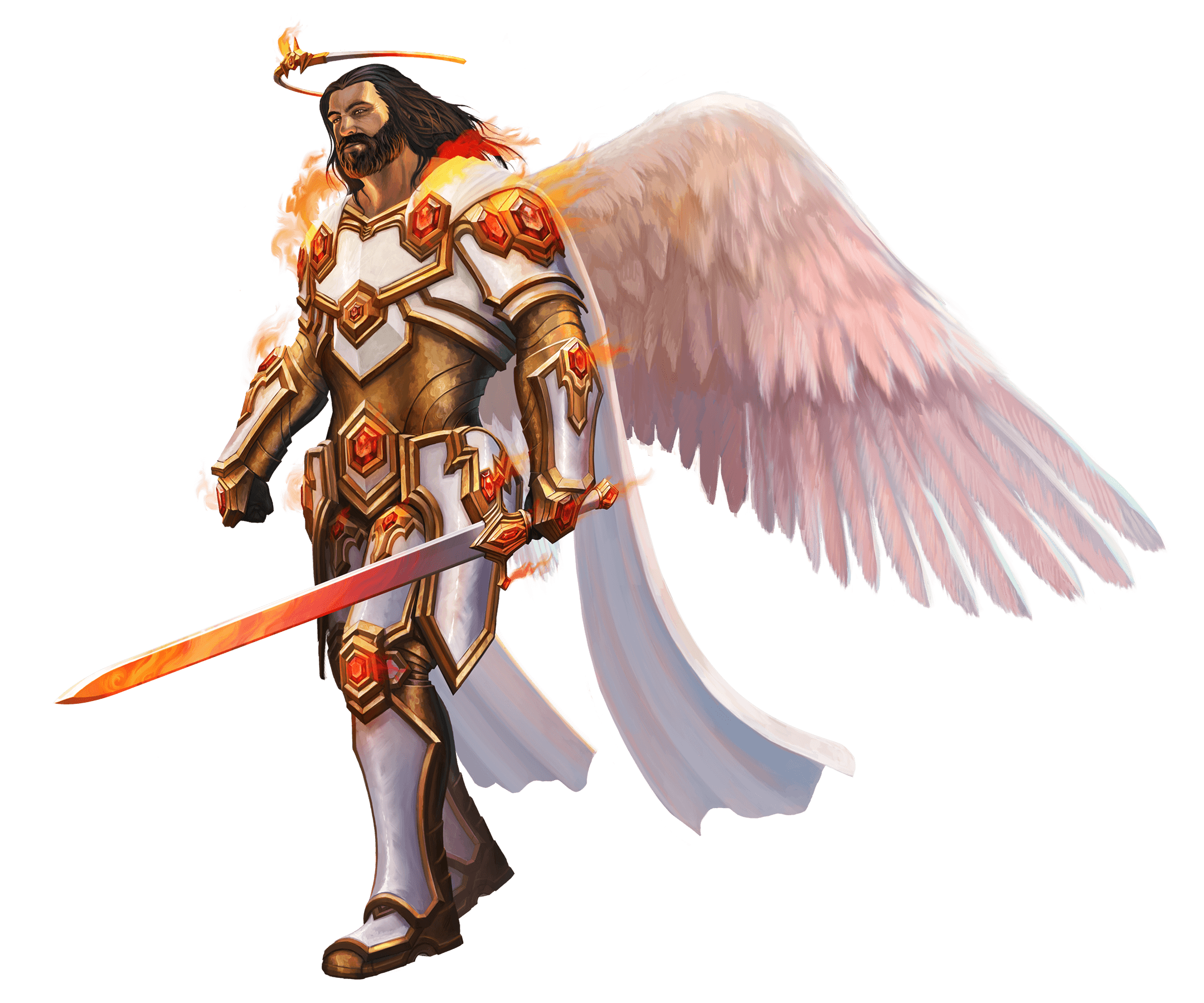 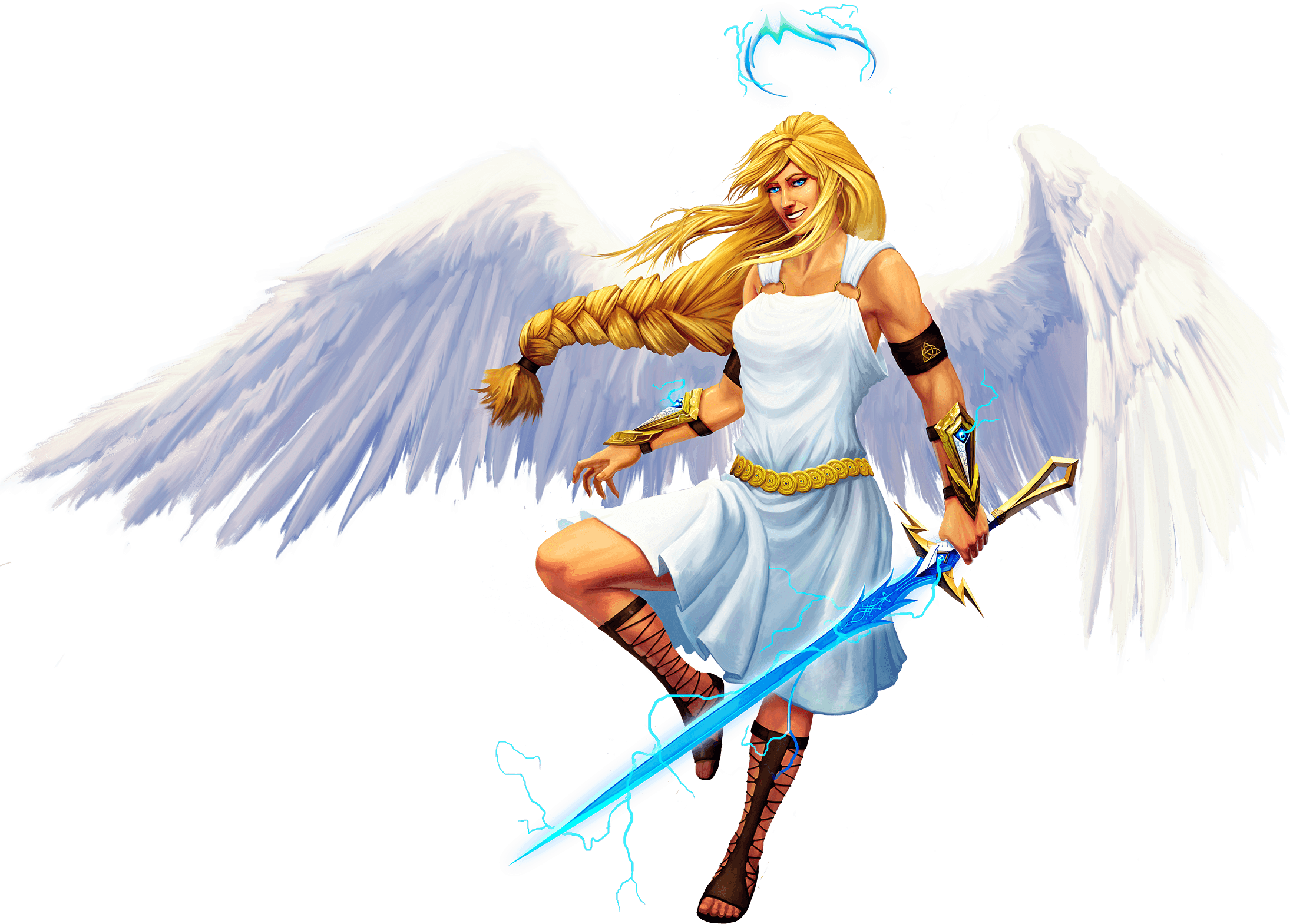 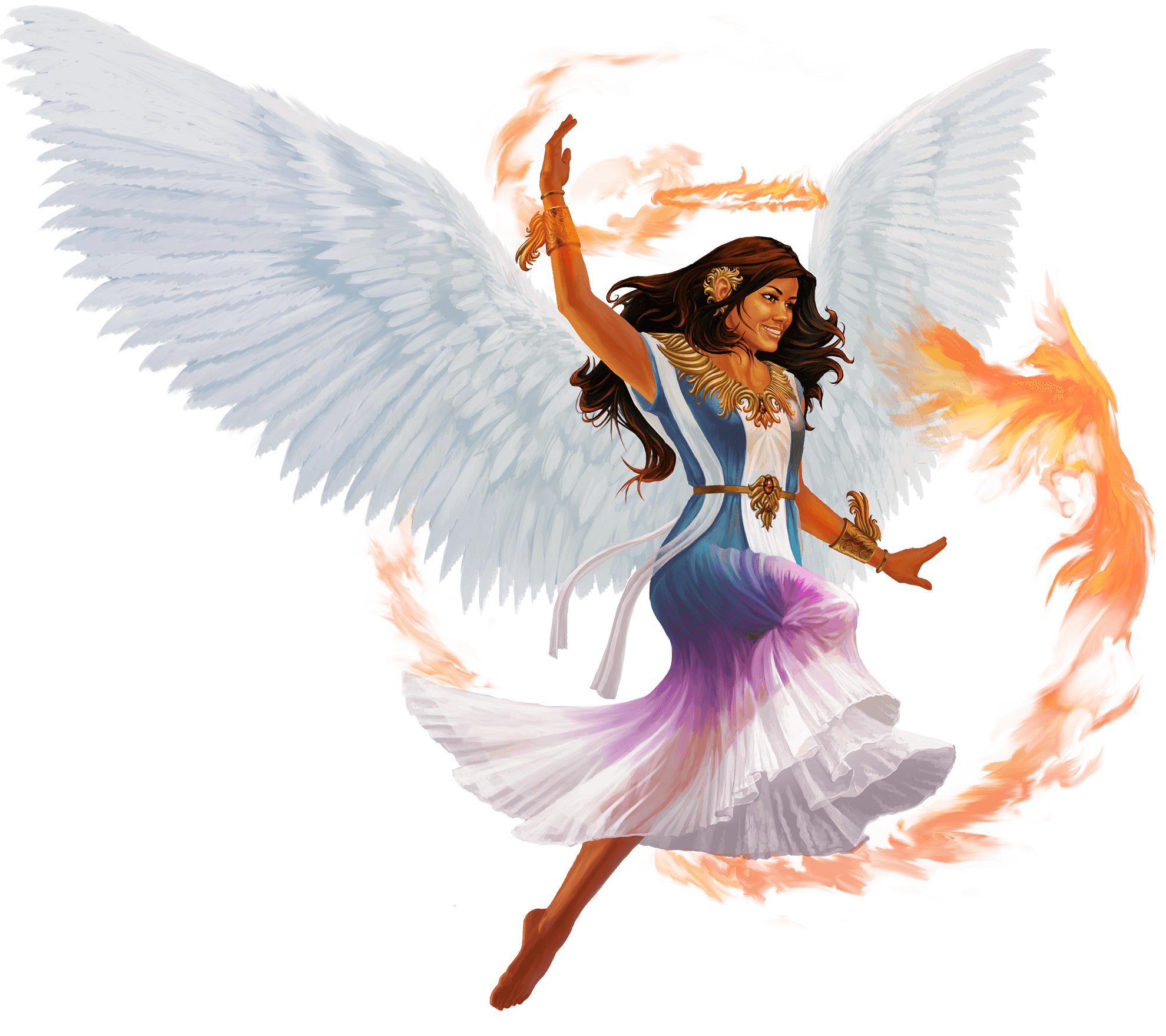 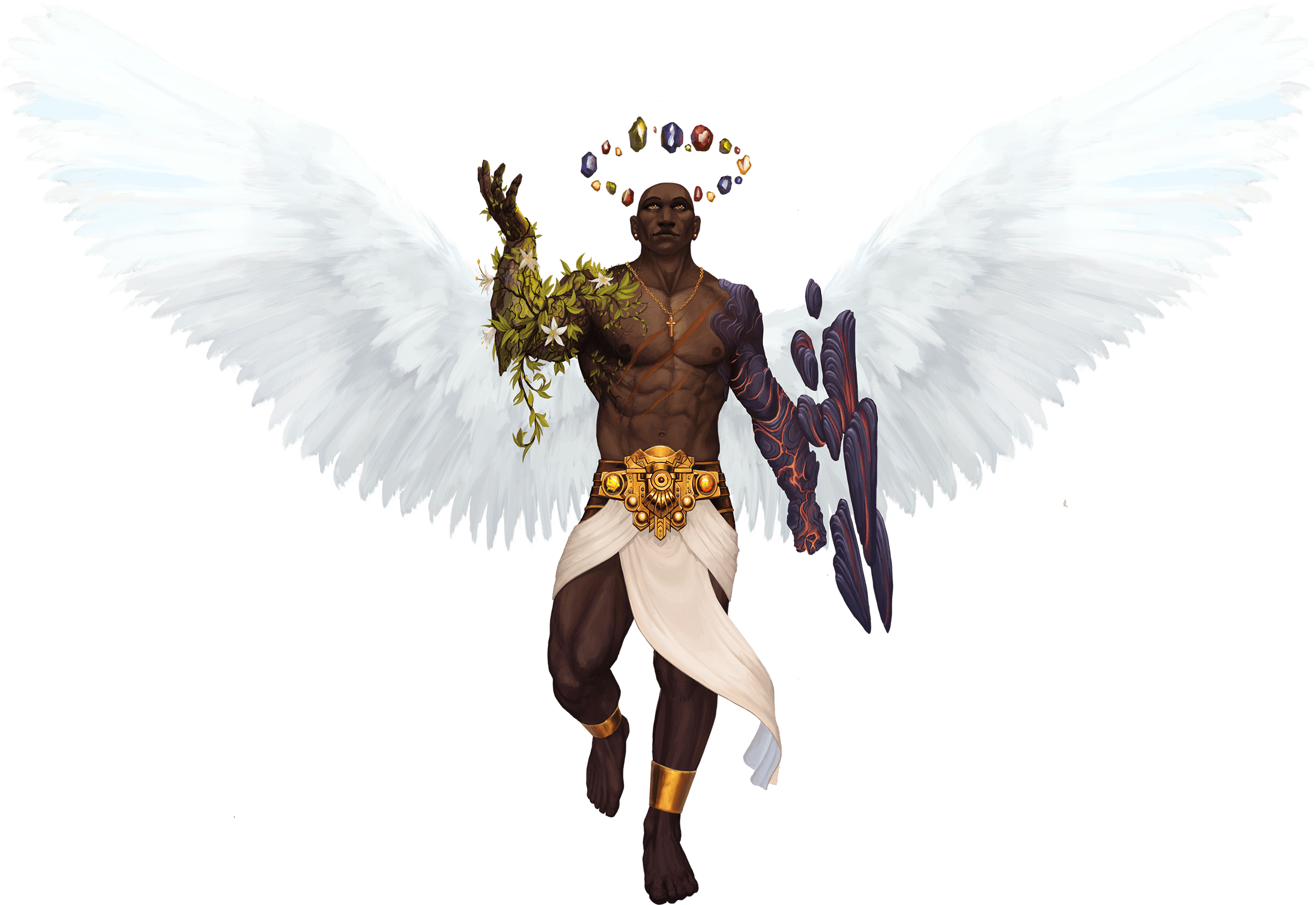 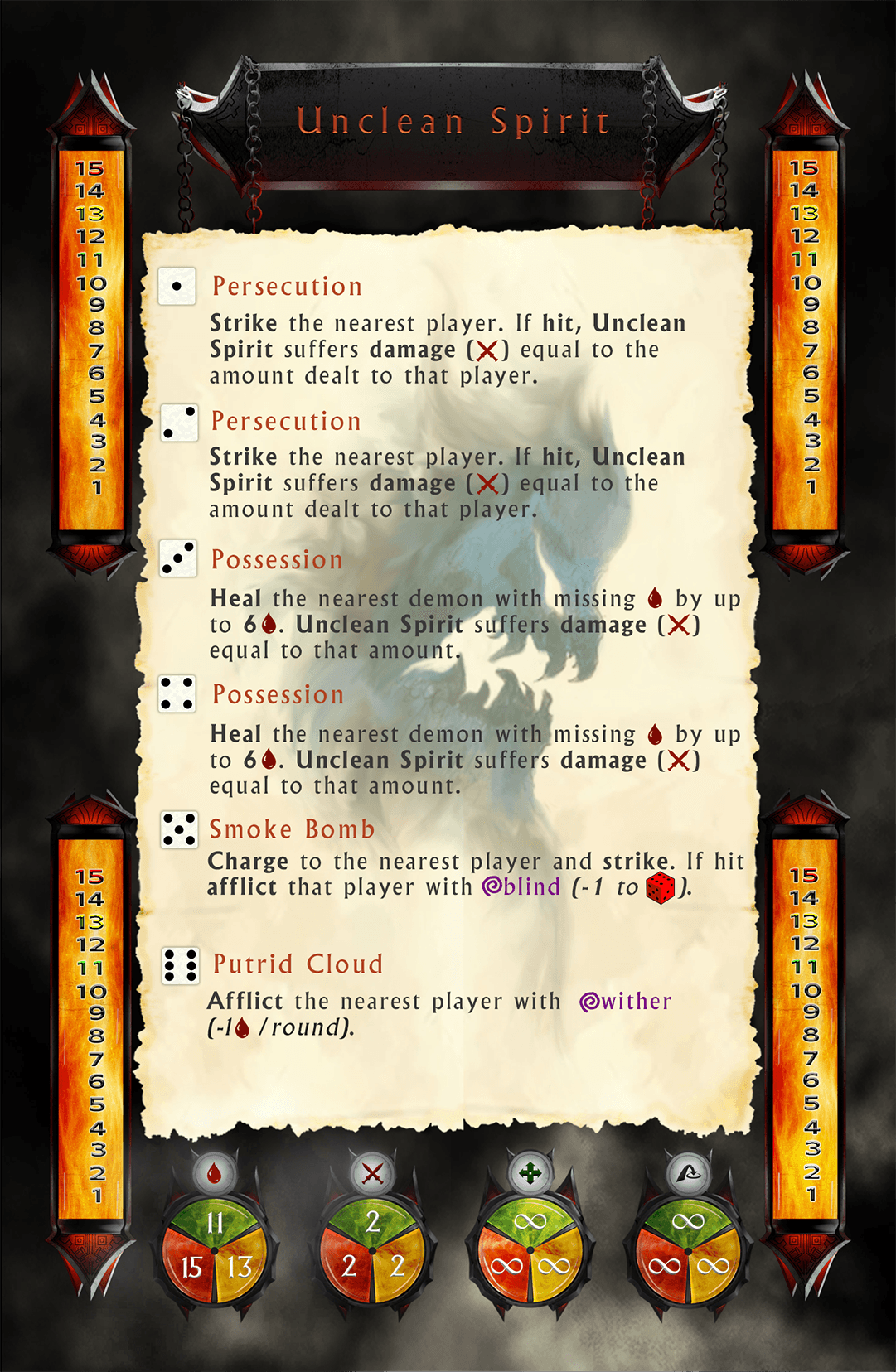 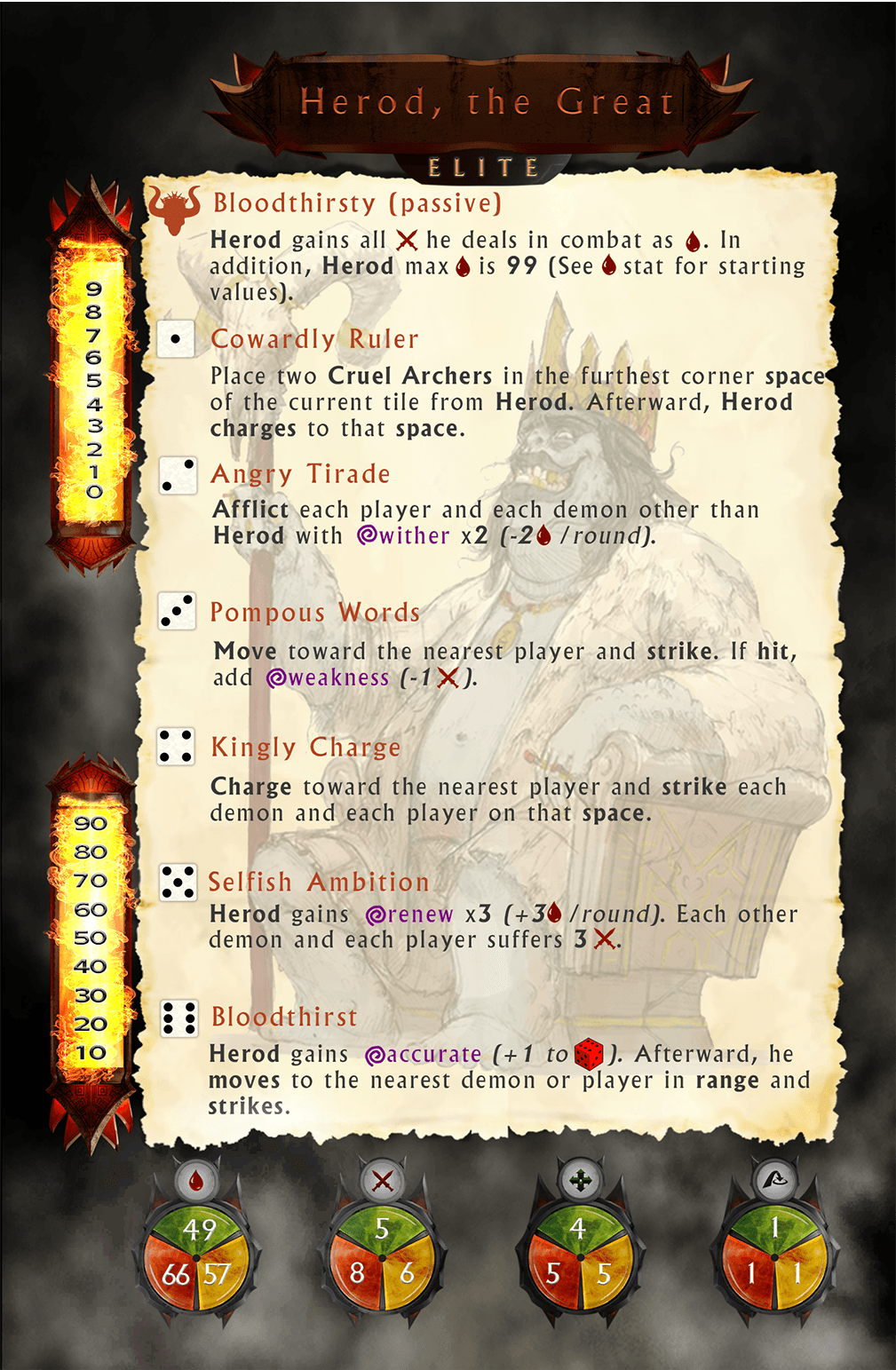 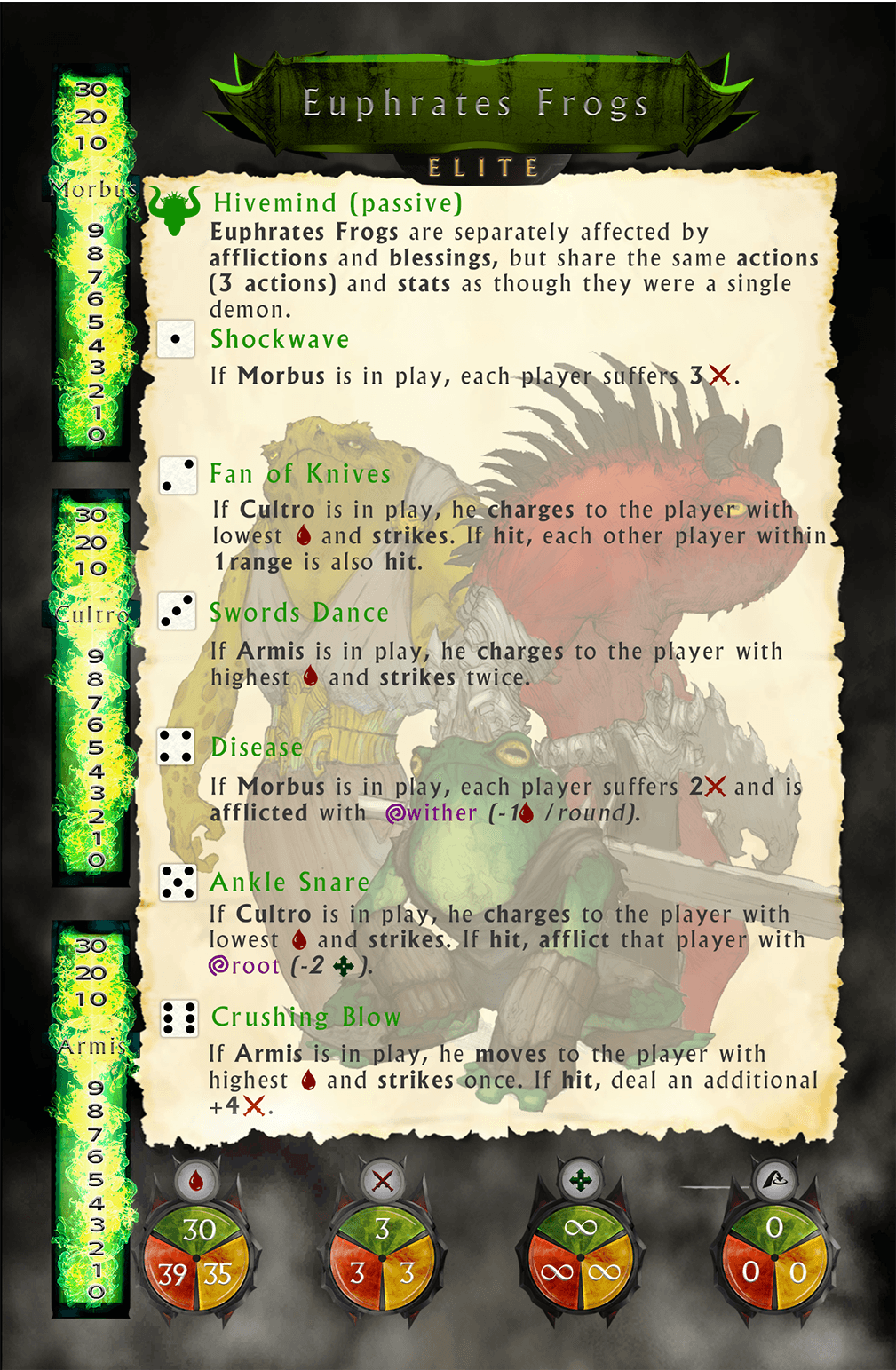 Battle the Forces of Darkness in tactical spiritual combat 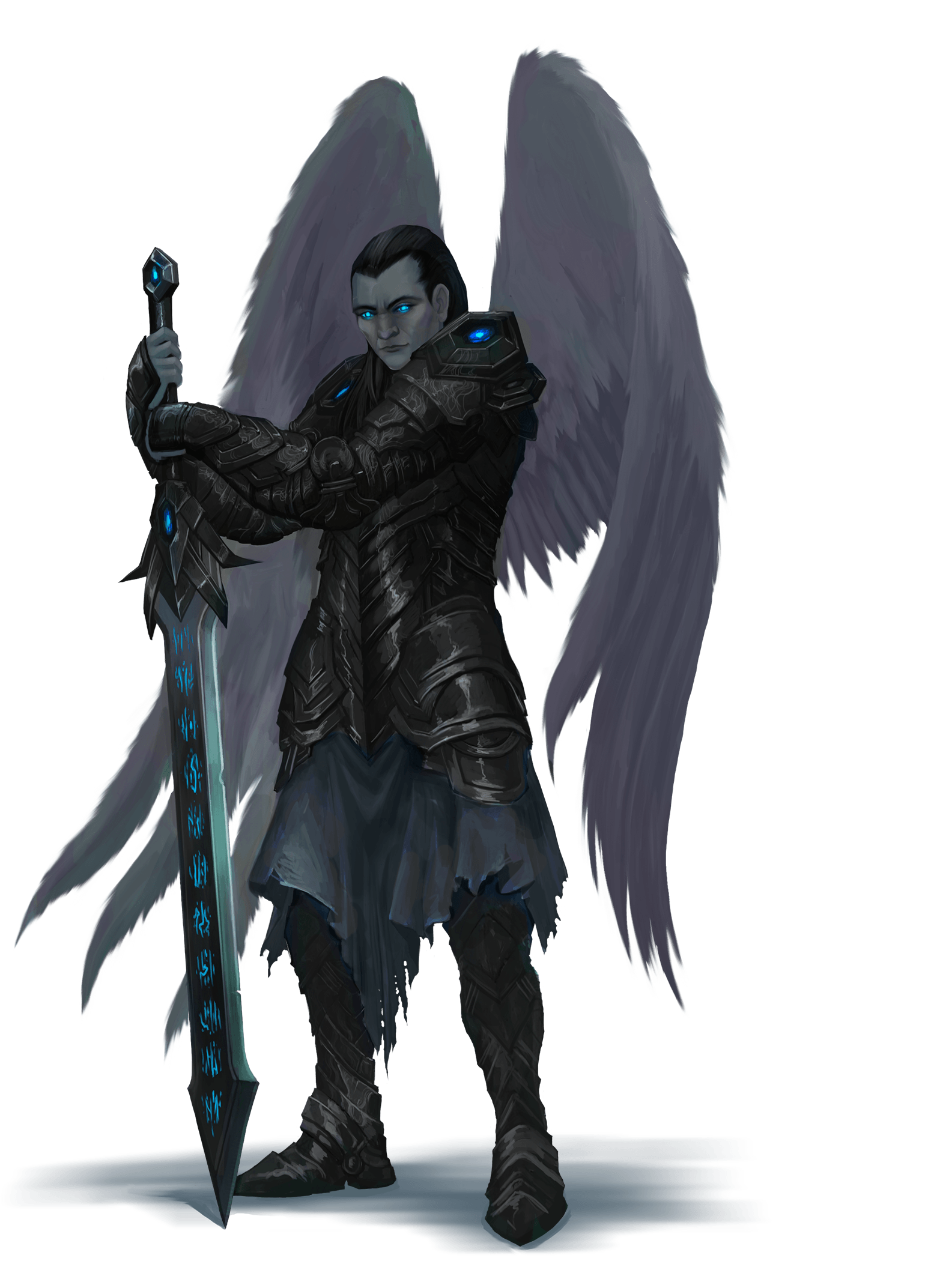 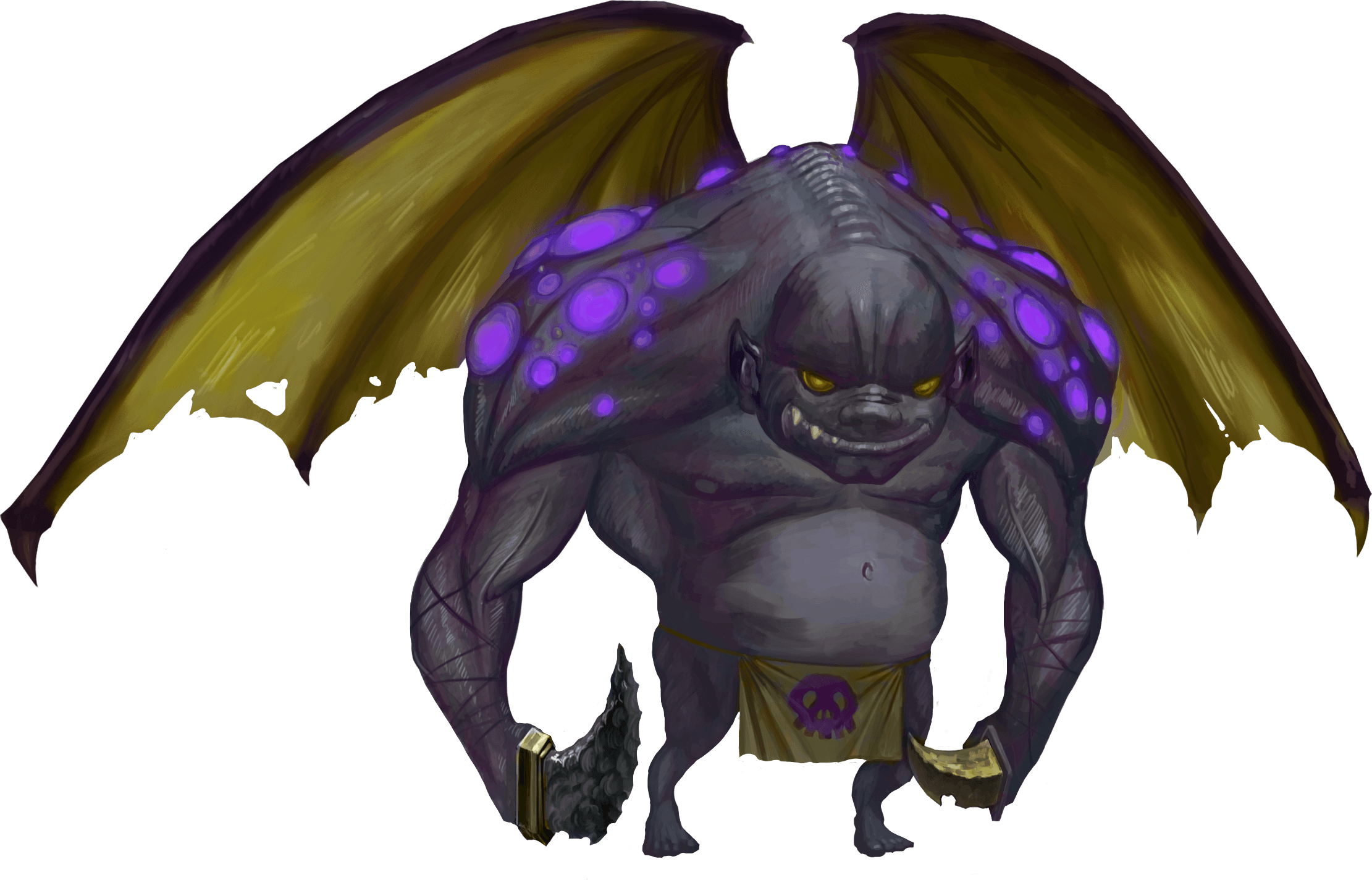 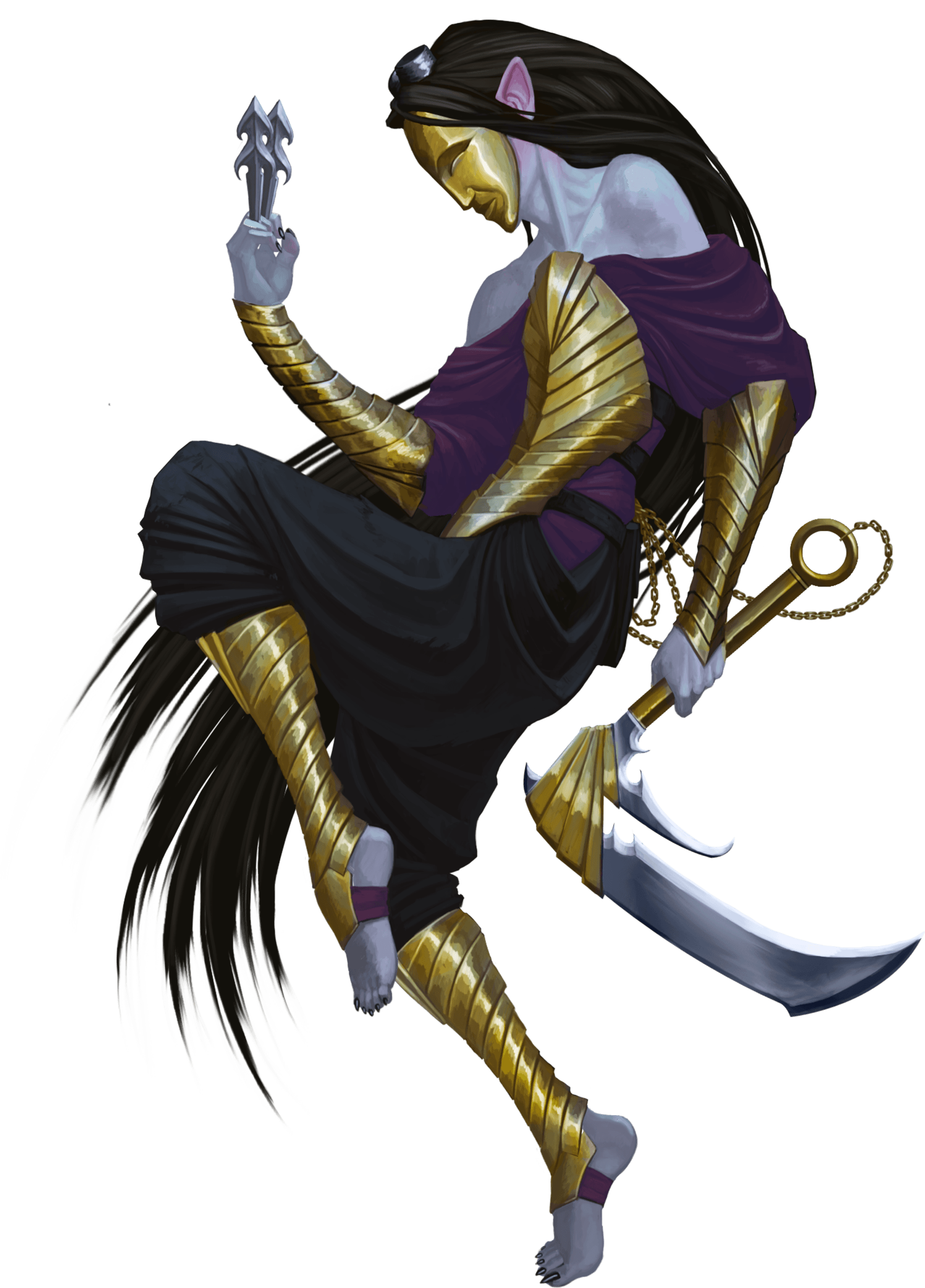 Cast down Strongholds and guard the saints from Darkness

Click on the buttons below to learn about the elements of Deliverance! 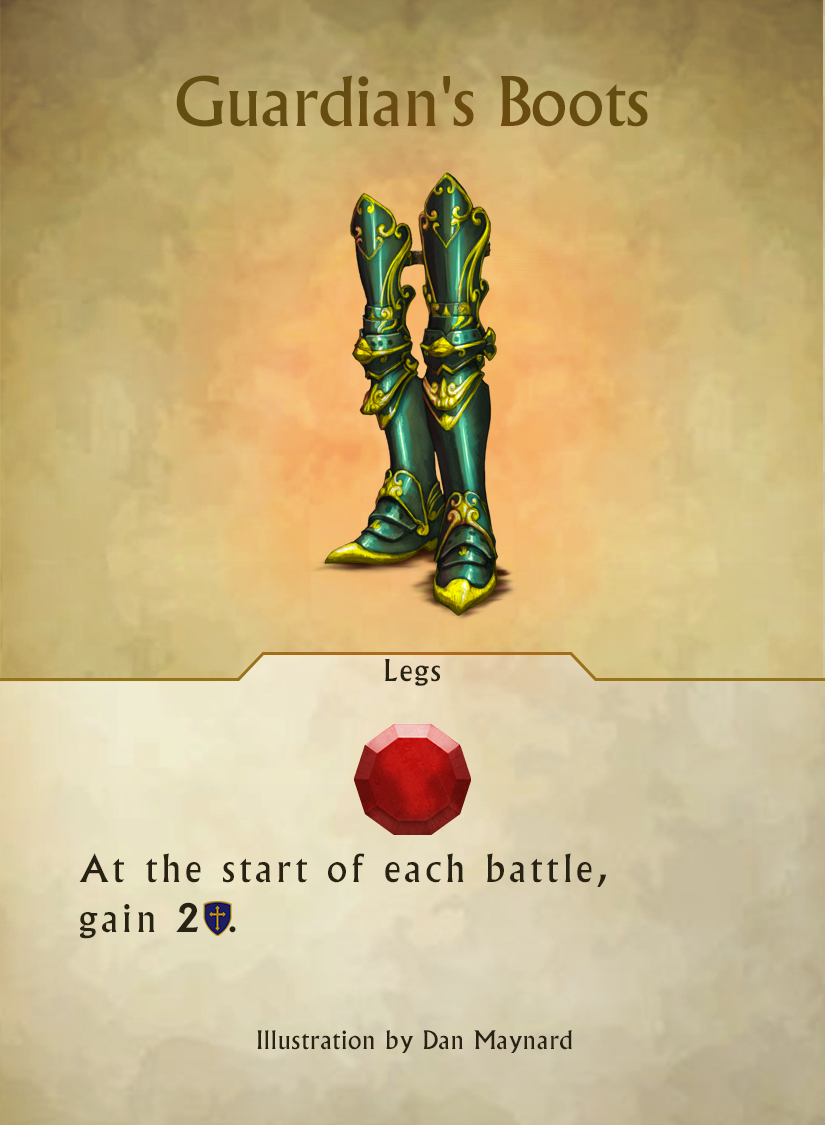 Each character begins the game with their signature weapons, and grow in might throughout the game with 6 different types of equipment. Powerful items are earned after each victory in battle which allow your character to take on new skills and earn permanent stat increases. You will need every bit of gear you can get to stand a chance against the Darkness. It is written, "Where your treasure is, there your heart will be also," and the heroic Angels of Deliverance always come prepared accordingly. 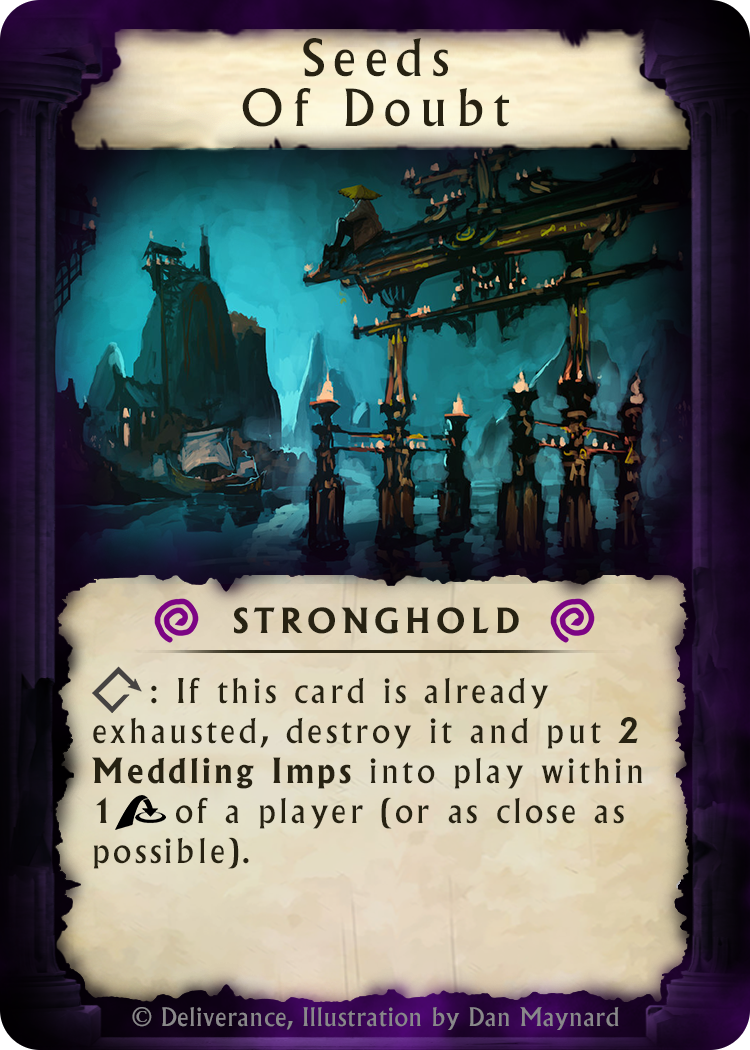 The evil emanating from the physical world around you must be dealt with even as the great battle is waged in the spiritual realm. The Darkness grows each round as cards are placed face-down, entering play if you fail to deal with them. You must balance your fight against this ever-growing threat with your battle against the demons. Innocent saints must also be protected, lest they fall into despair and the Darkness spread beyond your control. 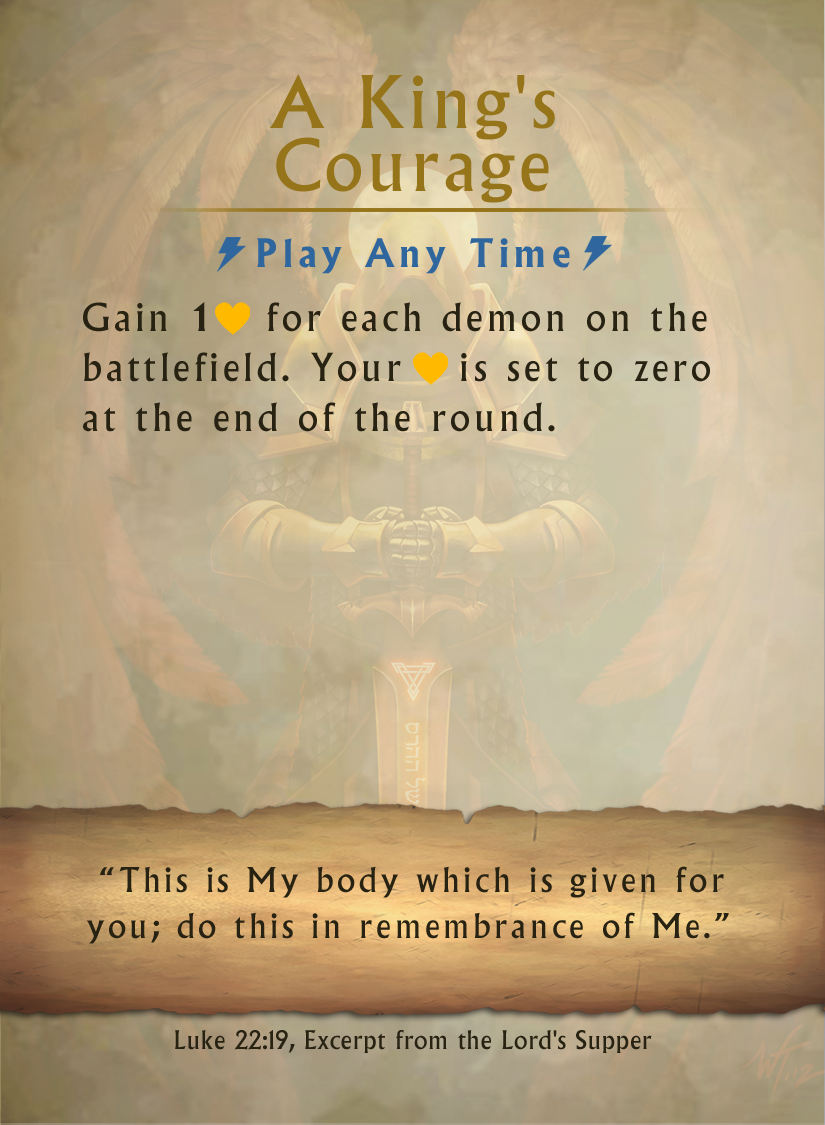 You must engage in a spiritual battle with spiritual weapons, and the Prayer deck serves as the player's answer to the Darkness. Cast down Strongholds and Afflictions through Prayer actions, and draw powerful cards that represent all that is good in the world. These Prayer cards contain highly thematic abilities and Scriptural flavor text which add an appropriate depth of flavor to the Angelic player's options in battle. 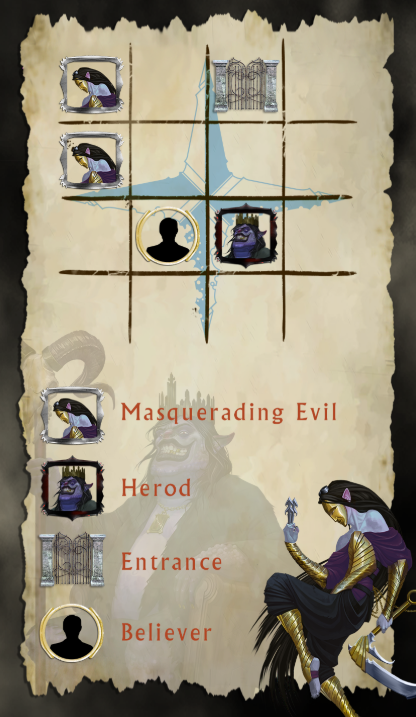 No two games will ever feel the same with the modular map and battle staging system of Deliverance. There are over 1.6 million possible enemy combinations in the base game alone, guaranteed to challenge even the most prepared of adventurers (not including the variety of modular game tiles)! Can you survive long enough to cast the Fallen Prince into the Abyss and deliver the saints from evil? 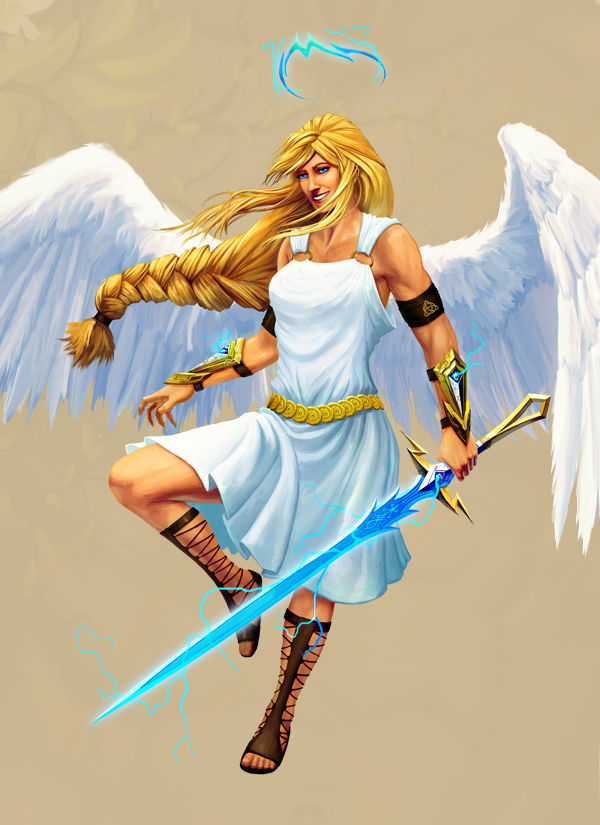 Players command Angels of the special forces of Heaven’s armies, from well-known heroes like Michael or Gabriel to other powerful angels charged by God with stewardship over elements like fire, wind, life, and death. Every Angel plays differently due to highly thematic abilities and traits unique to that character. Multiple build paths and options for beginners and veterans alike offer something for every play style and skill level. 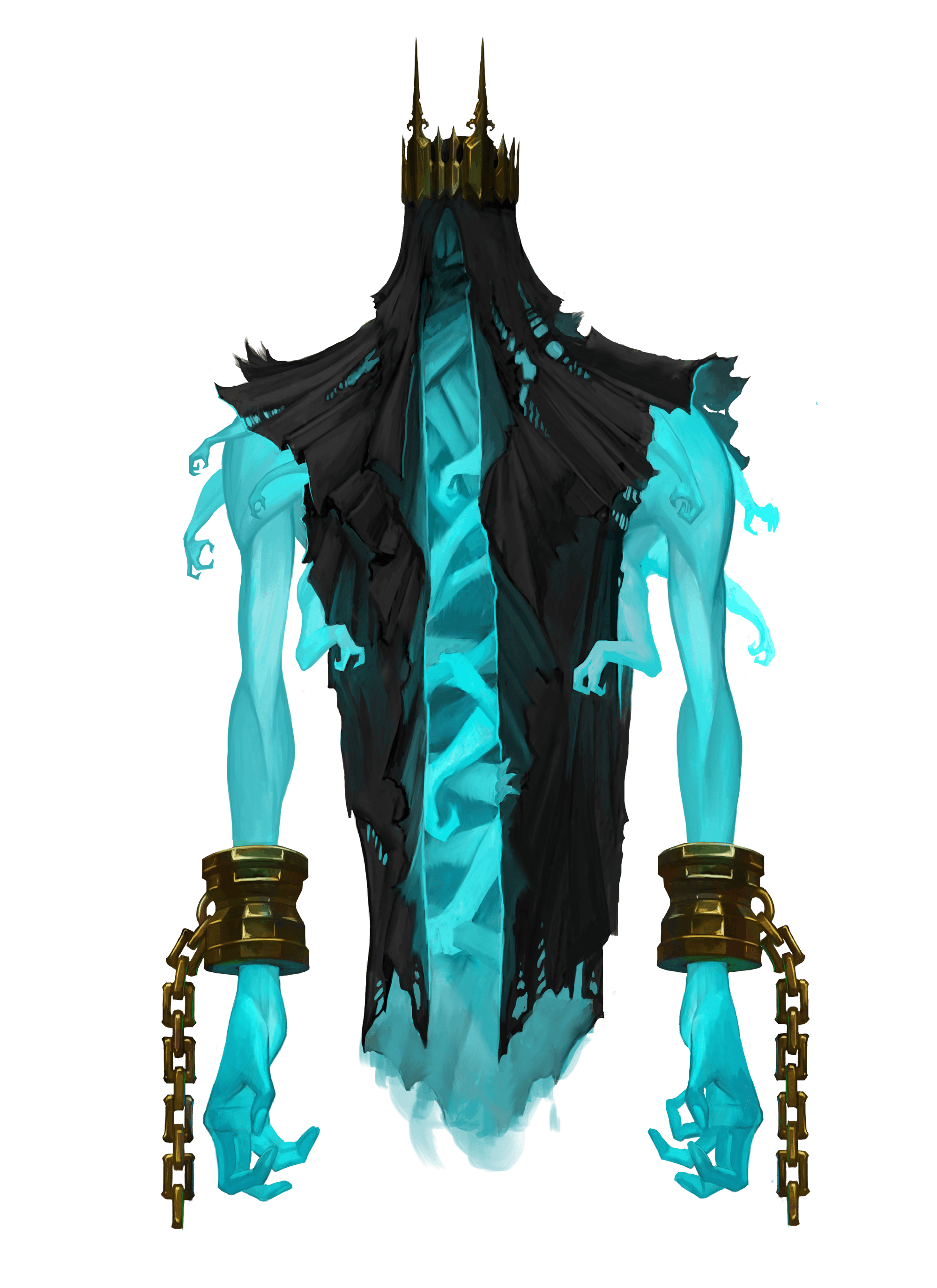 OUR NAME IS LEGION...

The bosses of Deliverance are called Fallen Princes, and were once your angelic brethren. Fallen from grace, they serve as the great generals of the army of Darkness. Each of these encounters are inspired from a Biblical villain, and contain both staged elements to challenge you in unique ways and random elements to keep you guessing. Multiple levels of difficulty allow newer players to get their feet wet and veterans to balance their survival on a knife's edge. 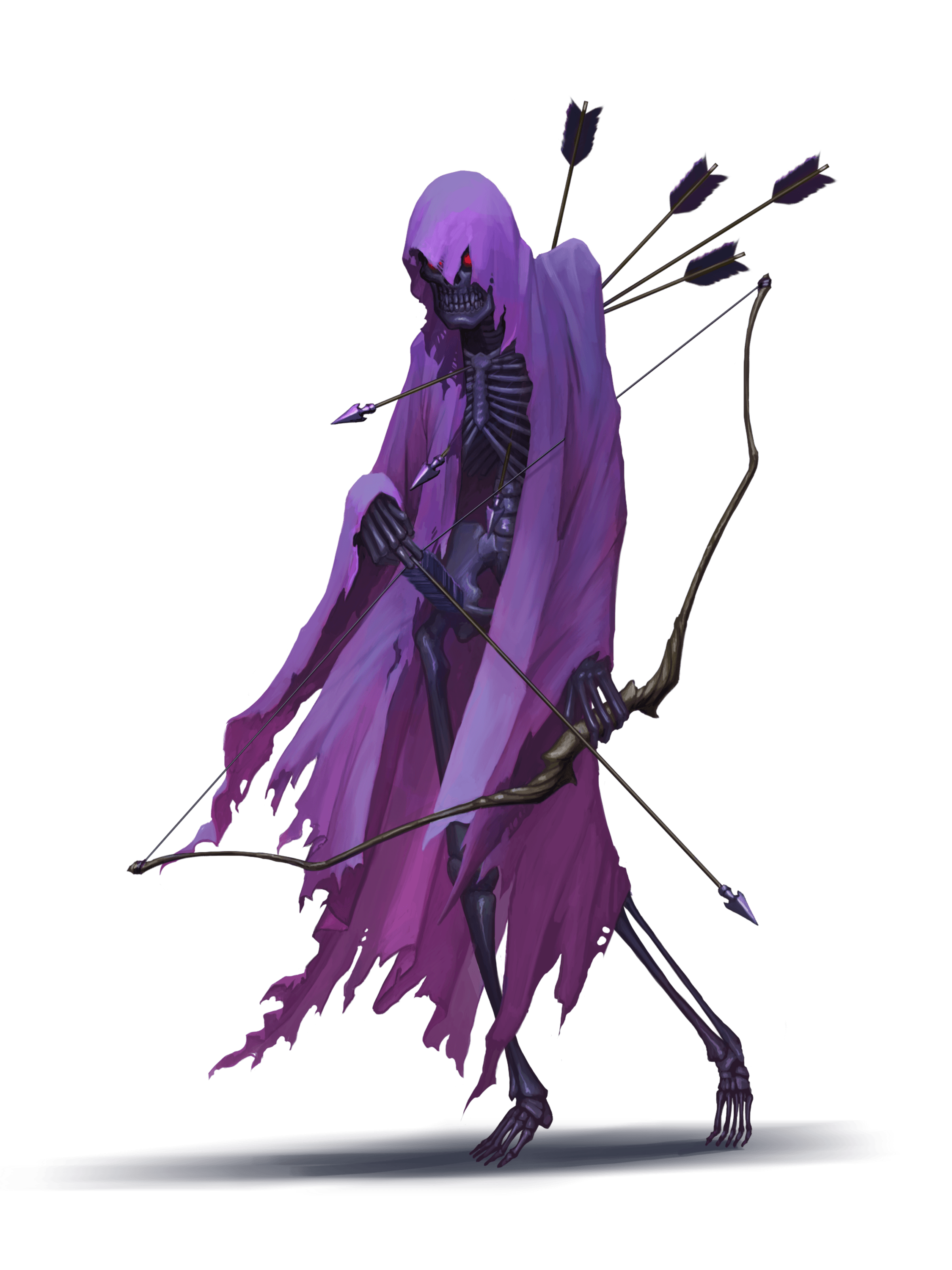 The Deliverance enemy AI system pays homage to the great Tactics video games of the past with an innovative modern spin. Each demon is controlled through a unique decision tree, enabling very different behaviors among enemy types. Cruel Archers fire deadly arrows from safe distances, Meddling Imps charge in groups, Masquerading Evils shatter defensive formations, and more. Battles are always fresh and interesting with these highly thematic and tactical AI decisions controlled by the game itself. 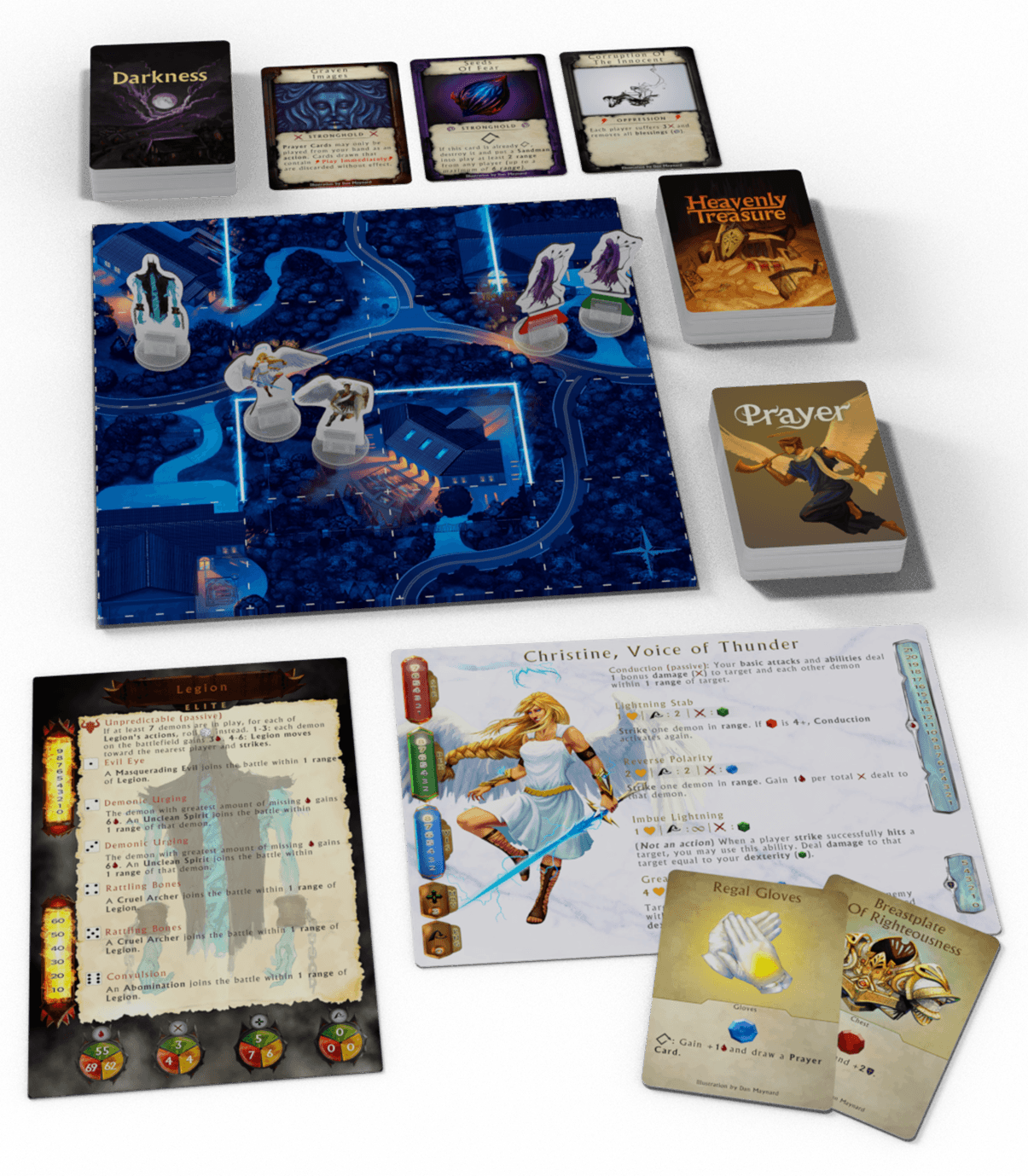 Deliverance contains two epic game modes for 1-4 players: A story-driven Campaign with missions ranging from 30-60 minutes in length, and a Skirmish mode that puts your survival skills to the test as you battle through waves of demons to defeat the Fallen Prince over 1-2 hours. Multiple levels of difficulty and a fun achievement system offer great replayability, featuring true solo gameplay with a finely tuned single-player ruleset!

Get our latest updates, including art, game info, release dates, and more!